Blockchain is a shared immutable ledger that facilitates the process of recording transactions and tracking assets across a business network. Anything of value can be tracked and traded on the Blockchain network. A Blockchain is a distributed database, which is shared over a computer network. Blockchain stores information electronically in a digital format to make transactions secure. 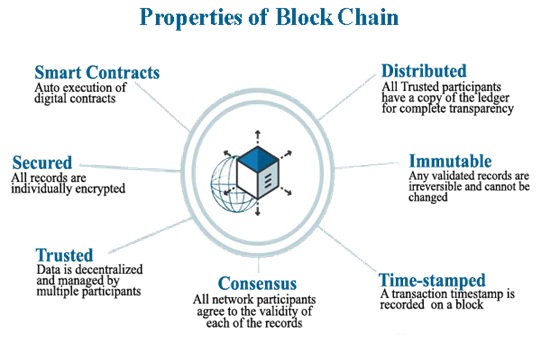 Blockchain allows digital information to be recorded and distributed. Blockchain is an irreversible record of transactions, which cannot be changed, deleted or destroyed. Blockchain was first proposed in 1991 as a research project, but in the year 2009, Blockchain was used in bitcoin.Bitcoin is a cryptocurrency which is built on the basis of Block technology. Blockchain has since been used in the creation of various cryptocurrencies, decentralized finance applications, non-fungible tokens and smart contracts.