A block is actually a file where data pertaining to blockchain network is permanently stored. A block records some or all the recent blockchain transaction details that have not yet entered any of the prior blocks. Thus, a block is like a page of a ledger or an account book. Each time a block is completed, it gives way to the other block. Data stored in blocks cannot be altered. A genesis block is the first block of a blockchain. Genesis block is almost hardcoded into the software of the applications that utilize its blockchain.

3. What is Distributed Ledger Technology?

Distributed ledger technology (DLT) is a digital system for recording the transaction of Blocks in which the blocks are recorded in multiple places at the same time. The distributed ledger the data is replicated to multiple nodes and all nodes maintains the same data. Distributed Ledger Technology is an umbrella term used to describe technologies which store, distribute and facilitate the exchange of value between users, either privately or publicly. Blockchain is one type of DLT, others are Hashgraph, NANO etc.

4. Why do I need blockchain ? and what are benefits?

Wherever, Trust, Provenance, traceability, transparency , and data needs to be shared among multiple parties then blockchain can be used. It will not replace the existing Relational, or No SQL databases used in existing application system. 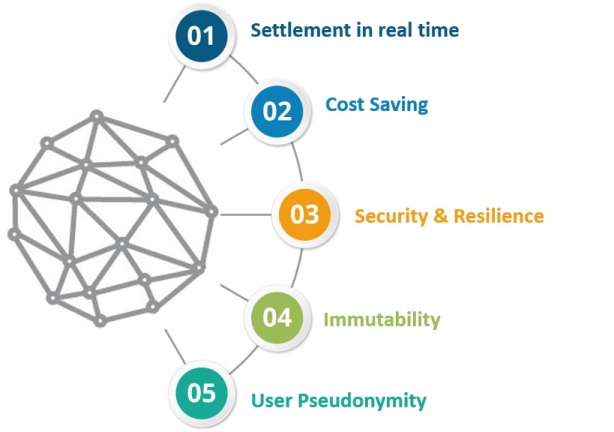 6. What is consensus process in blockchain ?

A piece of code used for storing transaction data in to blockchain after the consensus process. It can written in python, Golang, Javascript, Java, C++ etc. Apart from writing transactions, other business rules can be included within the code.

Hyperledger is an open source collaborative effort created to advance cross-industry blockchain technologies. It is a global collaboration, hosted by The Linux Foundation, including leaders in finance, banking, Internet of Things, supply chains, manufacturing, and Technology.

9. How blockchain is different from traditional relational database ?